It’s been over 3 years since I got a DSLR, and 4 lenses, tons of book and a bunch of accessories (and overall expenses just a bit south of Rs 2L) later here’s my take on whether you should get a DSLR (yes, whether) and what you should start with if you decide to take the plunge.

A lot of it depends on your budget – not just the initial amount but also the amount you will be spending (or be tempted to) after you have taken the plunge. The minimum amount you will have to spend to start off will be in the Rs 25 – 30K range (unless you bag a second hand deal) and this will net you a starting DSLR body plus a kit lens. However, if you really want a decent starting combo then be prepared to invest at least Rs 40-50K. If you have a lot of money burning a hole in your pocket, then the good news is that you can easily spend over Rs 1.5 lakh and get a pro level kit and have the option of spending lots more in the future as well. Then again, I doubt that you would be reading my post if that were the case. As for your options, I’ll come to that in a bit after I’ve covered my second point.

The Second thing (or the first thing actually) – Why do you want a DSLR? 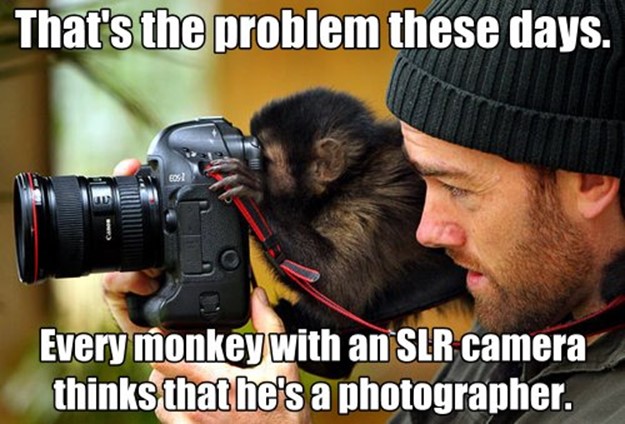 If you are thinking of taking the plunge solely for better photographs, then think again. Most mid-range Point & Shoot cameras give pretty decent images these days and will cost you half to a third of the starting DSLR option. Plus, they are a lot more convenient to carry around and the ultra-zoom models (we’re in the 50X+ zoom range now and they’ll cost you about as much as a starting DSLR kit) will easily outrange your starting DSLR kits. In fact, you will need to spend upwards of Rs 1 lakh to match the range of even a 20X ultra zoom P&S.

If you really want to spend Rs 30K on a new camera for better quality photos, take a close look at the Sony RX100. It has a pretty high resolution large sensor for a Point & Shoot which will give you near DSLR quality images (should match the quality of 5-6 year old DSLRs easily) in a pocket friendly form factor. Plus, it uses a Carl Zeiss lens with a pretty good range (28-100mm), something that will require you to spend 10-15K more on a starting DSLR kit. The camera also has an amazing burst rate of 10 fps that rivals the top end pro DSLR models.

The second generation model of the RX100 is also out and it costs almost 50% more, but gets you a tiltable screen and a better sensor among other improvements. For more compact options with larger than usual sensors, you can also check out the Canon PowerShot S series.

Another option to explore, particularly if you have an old smartphone (or none at all) is the Nokia Lumia 1020 with its large 41 MP sensor that enables lossless zooming and excellent low light capabilities. It is hands down the best camera smartphone around and gives mid-range P&S cameras a run for their money. This will not just enable you to take better photos, but it will also be with you all the time so that you can capture all those moments that you’d miss with a dedicated camera. Plus, you can edit the photos directly on your phone, back them up online and even share them easily through online services and social networks.

The above two options also mean that you will save a lot of money in the long term and not lose out on much on the photo quality front. Think about them long and hard…

Nothing doing, I really want a DSLR

Well, that was pretty quick, but it is always good to know your options and rationale before taking the plunge. So, why should you get a DSLR? Better image quality is just one part of the equation, and this too is mostly applicable to low light scenarios. What else do you get? Better control over the images you take for one, though this is partly covered by advanced settings available on many Point & Shoot cameras and also in Nokia’s Pro Camera app on its high end Lumia phones (plus similar apps on other smartphone platforms).

The real power (and real costs) of DSLRs is in their interchangeable lenses. They allow you to take photos in many different scenarios that would not be otherwise possible, like in low light without a flash in the case of wide aperture lenses, or from far far away like in the case of telephoto lenses used by wildlife and sports photographers (P&S may give you better range, but not the quality), or big picture scenarios possible through wide angle lenses (one area where Point & Shoot cameras are really lacking). Depending upon the lens the focus speed can also be blazingly fast (handy for action shots).

To put things in perspective on the gear and expenses front, the cheapest lens you can buy for a DSLR cost around Rs 6-7K and does not zoom (the nifty fifty, i.e. 50mm f/1.8). So, you are looking at investments (or splurges) in the 10s of Ks range at the bare minimum. Basically, buying a new lens will cost you as much as buying a decent entry level to mid-range Point & Shoot camera at the very least, and decent quality lenses will cost you as much as the good quality P&S like the Sony RX100 I had recommended earlier. As for the pro lenses, they run into the 6 figure range.

Another thing to keep in mind is that lenses don’t really come down in price unlike electronic items. In fact, their prices may even go up dramatically (10-20%) depending on supply and demand. You will also find that some of the lens designs are really old (10-15 years), and have not really come down in price. Plus, the second hand market and lens rental options are also pretty limited in India (rentals and second hand are two of the common suggestions on online forums). Of course, this is where having a bunch of DSLR touting friends comes in handy as you can share a bunch of gear among yourselves.

So, what should I get?

I’m going to give you some more time to think about what I have covered in this post, and cover the options in the second part of this series. Just be prepared to increase your budget to around Rs 40-50K, and ditch that kit lens.

This site uses Akismet to reduce spam. Learn how your comment data is processed.