Flipping the thought on its head

There’s a phrase going around that you should “buy experiences, not things.” People, it’s claimed, think that having a lot of stuff is what’s going to make them happy. But they’re mistaken. 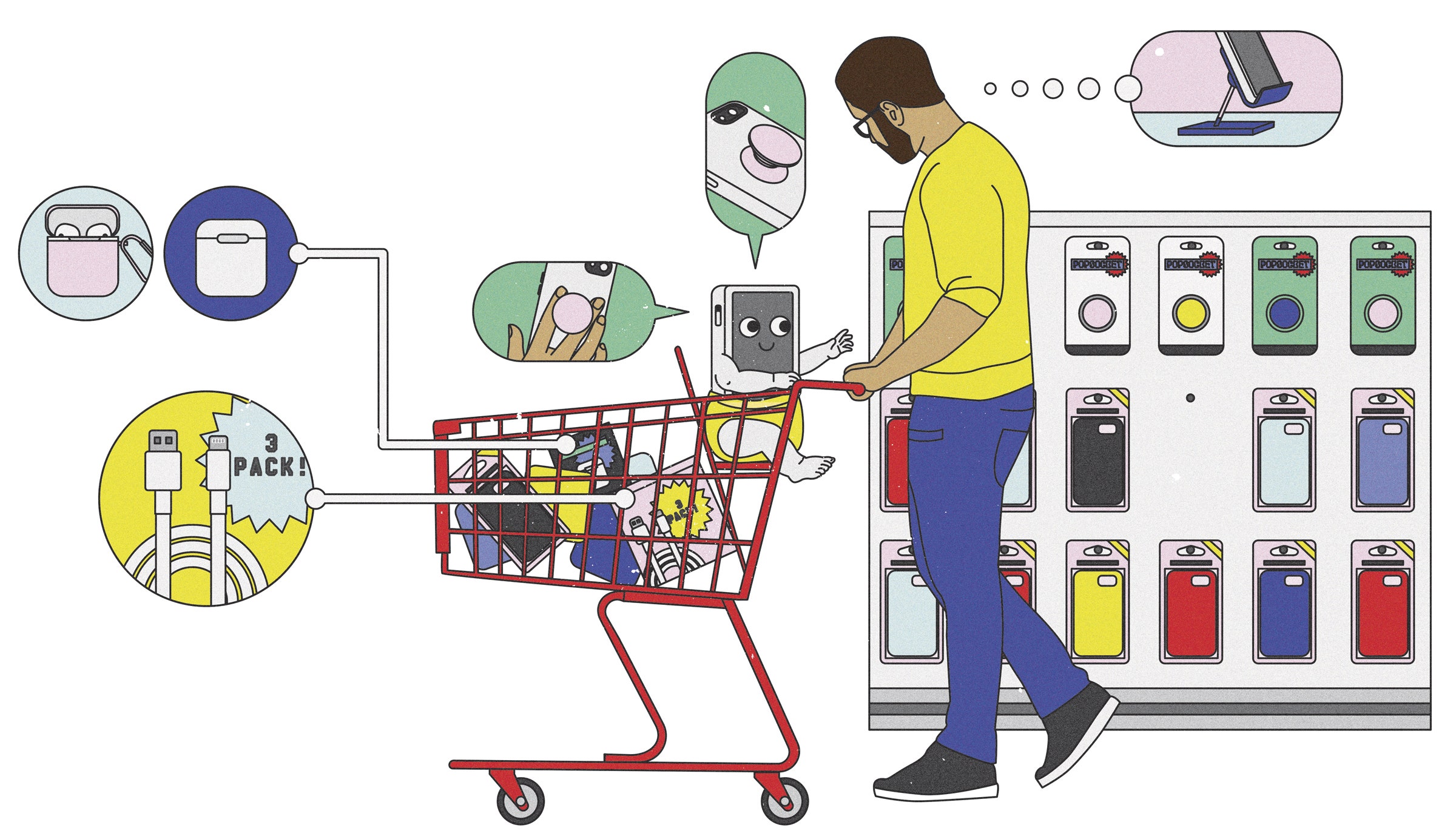 Years ago, I asked a friend what kind of case she planned to buy for her shiny new flip phone. She paused, a little offended. “I don’t like to buy stuff for my stuff,” she said. Those words drilled directly into my hippocampus, never to depart. She’s right! I thought.

For the times when you get nostalgic about “the good old days”, just take a look at this video.

It takes a full 3 minutes and 27 seconds to download an executable 120kb file for a simple software update. The whole video will make you grateful for all the technological advances over the last 20 years—especially for the comparatively vast amounts of bandwidth we enjoy today.

If you go out seeking to learn from their proponents why blockchains and the systems built atop them are apparently the future of our web, you’ll begin to see some common themes. Two of the ones I see most frequently are: These fall apart under further scrutiny.

An article reflecting the current times – On Social Media, Some Are Susceptible to Internet Outrage – NYTimes.com

From the Quora question – What were the biggest mistakes of Mahatma Gandhi?

Top voted answer that takes a very different view point from the popular notions, by Tejasvita Apte (The other answers are interesting as well):

This is my opinion. This may be a bit harsh. But before you downvote, please give it a thought.

I have been a critic of Gandhi but even I admit that there are many wonderful things about his personality. Since this question is not about that, I will refrain from speaking about it.

Following are the reasons why I am his critic.

1) Gandhi’s core ideal was Ahimsa (Non Violence). I agree with the ideology. But he took it to extreme. So much so that according to Gandhi, Self Defence too was a form of Himsa (Violence). Now this philosophy is stupid. Let me quote him –

“Hitler killed five million Jews. It is the greatest crime of our time. But the Jews should have offered themselves to the butcher’s knife. They should have thrown themselves into the sea from cliffs. I believe in hara-kiri. I do not believe in its militaristic connotations, but it is a heroic method. That would have been heroism. It would have aroused the world and the people of Germany to the evils of Hitler’s violence, especially in 1938, before the war. As it is they succumbed anyway in their millions.”

You see, what he thought? Apparently, by committing suicide, the Jews would have died a heroic death. So, Jews should have neither fought back nor tried to escape, because then there wouldn’t be any difference between them and Hitler.

In my opinion, he completely misunderstood Ahimsa. Non violence should be preached to the Aggressor and not the victim. A victim has a complete and moral right to self defence.

“Gandhi has been regarded for twenty years by the Government of India as one of its right hand men. I know what I’m talking about-I used to be an officer in the Indian police. It was always admitted in the most cynical way that Gandhi made it easier for the British to rule India, because his influ­ence was always against taking any action that would make any difference.
The reason why Gandhi in prison is always treated with such lenience and small concessions sometimes made when he has prolonged one of his fasts to a dangerous extent, is that the British officials are in terror that he may die and be replaced by someone who believes less in “soul force ” and more in bombs.”[1]

It is very important to understand this. George Orwell had served once and therefore was in a position to judge Gandhi. If your enemy likes you, you are seriously going wrong.

In 1930, two platoons of Hindu troops refused to fire on Muslim rioters, instead breaking ranks and fraternizing with them.

Rather than supporting this non-violence, Gandhi said “A soldier who disobeys an order to fire breaks that oath which he has taken and renders himself guilty of criminal disobedience. I cannot ask officials and soldiers to disobey; for when I am in power I shall in all likelihood make use of the same officials and those same soldiers. If I taught them to disobey I should be afraid that they might do the same when I am in power.” – Reply to French journalist Charles Petrasch on the question of the Gahrwali Soldiers, Le Monde, 20 February 1932.


3) Now let us look at his views on technology and modernization He is far from what is claimed. He is a mere reactionary.

“It is not the British people who are ruling India, but it is modern civilization  through its railways, telegraphs, telephone, and almost every other invention has been claimed to be a triumph of civilization … Medical science is the concentrated essence of black magic … Hospitals are the instruments that the Devil has been using for his own purpose, in order to keep his hold on his kingdom … If there were no hospitals for venereal diseases or even for consumptives, we would have less consumption, and less sexual vice amongst us. India’s salvation consists in unlearning what she has learnt during the past fifty years or so. The railways, telegraphs, hospitals, lawyers, doctors and such like all have to go.” [2)

4) There is another reason why I criticize his actions. He spent too much time fighting over different paths to achieving freedom. Why he never embraced revolutionaries like Bhagat Singh and Bose is beyond me. End of the day, they too were fighting for the same cause. He may not have agreed with their means, but he should have lauded them for their goals as they gave their lives for it.

This further lead to a great divide among intellectuals even after independence.

Having said this, in conclusion, I feel that he lead people into believing extremely wrong and delusional notions like passivity and inaction which he camouflaged as Non violence.

In my opinion, his extreme Non Violence was more Violent than Violence.

Apple’s string of success is effectively impossible. Yet it happened. They are a black swan.

And so, AAPL continues its downward descent; it was great to ride it on the upside, but now that Apple is a normal company, the probability of another hit are so remote, it’s best to assume it simply won’t happen.

This is the disconnect many of us in the blogosphere have with Wall Street. We actually believe that design matters, that taste is objective, and that culture can be developed. And, by definition, none of these can be measured or quantified — or modeled.

via stratēchery | Apple the Black Swan.

Nowhere close to the physical lending model yet…
“Moreover, Amazon will restrict borrowers to one title at a time, one per month. Borrowers can keep a book for as long as they like, but when they borrow a new title, the previously borrowed book automatically disappears from their device.”